Today we have experienced a great emotion.
Strange, but until now, and we are talking about the 6th stage, we have got the most intense moments by the sprinters and the maneuvers of their teams, I would say that today was the most beautiful.
I’m impressed by Gaviria, it has a variation of speed to get rid of the tubular from the rims, today it was largely the fastest, but Ewan managed to capture the best moment being in a more advanced position thanks to Mezgec’s work. So fascinating the clash between the two (Gaviria and Ewan) that the duel between the third (I do not know who he is) and Greipel have been obscured by the show offered by the cholombian and the australian.
I try to do my analysis of shape conditions … I had the impression in the first three sprints that Ewan had a better explosion than Gaviria and Greipel (without being able to win).
During the last stages it seems, however, that Gaviria is flourishing and show the best of himself… I was impressed by its pedal stroke (ease of running in the foot thrust on the pedal) especially the stage of Etna while all the sprinters were already a small group, he was in the front and he was able to drive Jungels (Is it not by chance that we are witnessing the birth of a new and more elegant Sagan?).
With each passing day, Ewan (despite today’s victory, I see it a bit less incisive) could be affected by the very early condition that the Australian calendar requires (for them the races they had in January equate to the importance of Giro d’Italia for us) so could be natural a slight decline.
Strong Greipel stable … we see the next …
And we hope the Block … gives something … 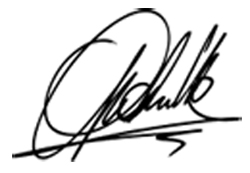